Although the fabric of the city of Buenos Aires is characterized by a heterogeneous morphological condition in constant transformation, within the range of low-density housing, it is possible to detect certain constant typologies that have emerged from the interaction of successive historical variables -such as the strategies of subdivision and subdivision of blocks, urban regulations and their corresponding updates, or the building traditions of those who built the city-. One of these identifiable typologies is the PH, whose name derives from the notion of Horizontal Property, a regulation that has allowed the development of private dwellings within the same lot (segregated low-rise buildings coexist and coexist with each other on the same lot, resulting in a hyper-dense lot).

Historically, the PH comes from the chorizo house, which in turn originates from the division in two of the typical courtyard house. Although dwellings composed of two vertically superimposed properties -one on the first floor and a second one on the first floor- are also catalogued as PH, the most common model is the one derived from the organization of the aforementioned chorizo house. This house was presented as a housing solution adapted to the proportions of the city's land, formed by segmenting the blocks into very narrow lots (10 varas - 8.66 m) and at the same time very deep (in some cases up to the middle of the block - 50 m).

For this reason, the distribution of the rooms in rows, leaning on one of the two party walls and ventilating towards a succession of patios located on the opposite party wall, was a strategy that was effectively replicated in many places in the city. Some other typologies of the city, such as the tenement house and the PH, later evolved from the chorizo house. 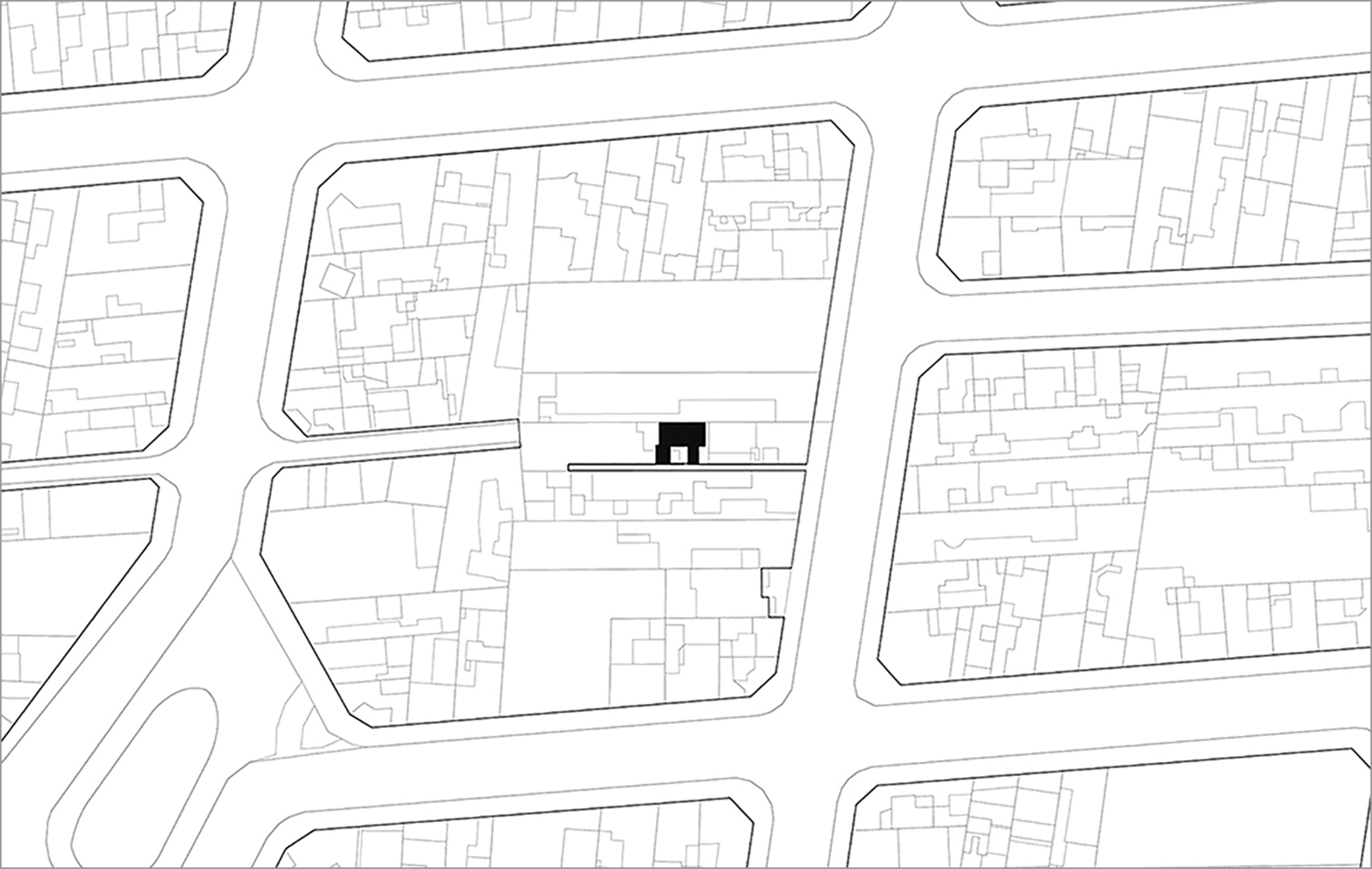 During the 30s and 40s, in terms of real estate speculation, PHs were a trend because there was a different code that allowed building up to the end of the property (while the current code requires maintaining a number of meters for green spaces within the land). If we study the development of buildings under this first code, the houses directly facing the street did not seem to be too much affected, but the back fronts, on the other hand, relegated to the center of the block, were exposed to complex habitability conditions. As a result, hyperdense lots were generated with small buildings that, in many cases, resulted in the development of poorly lit and ventilated spaces. 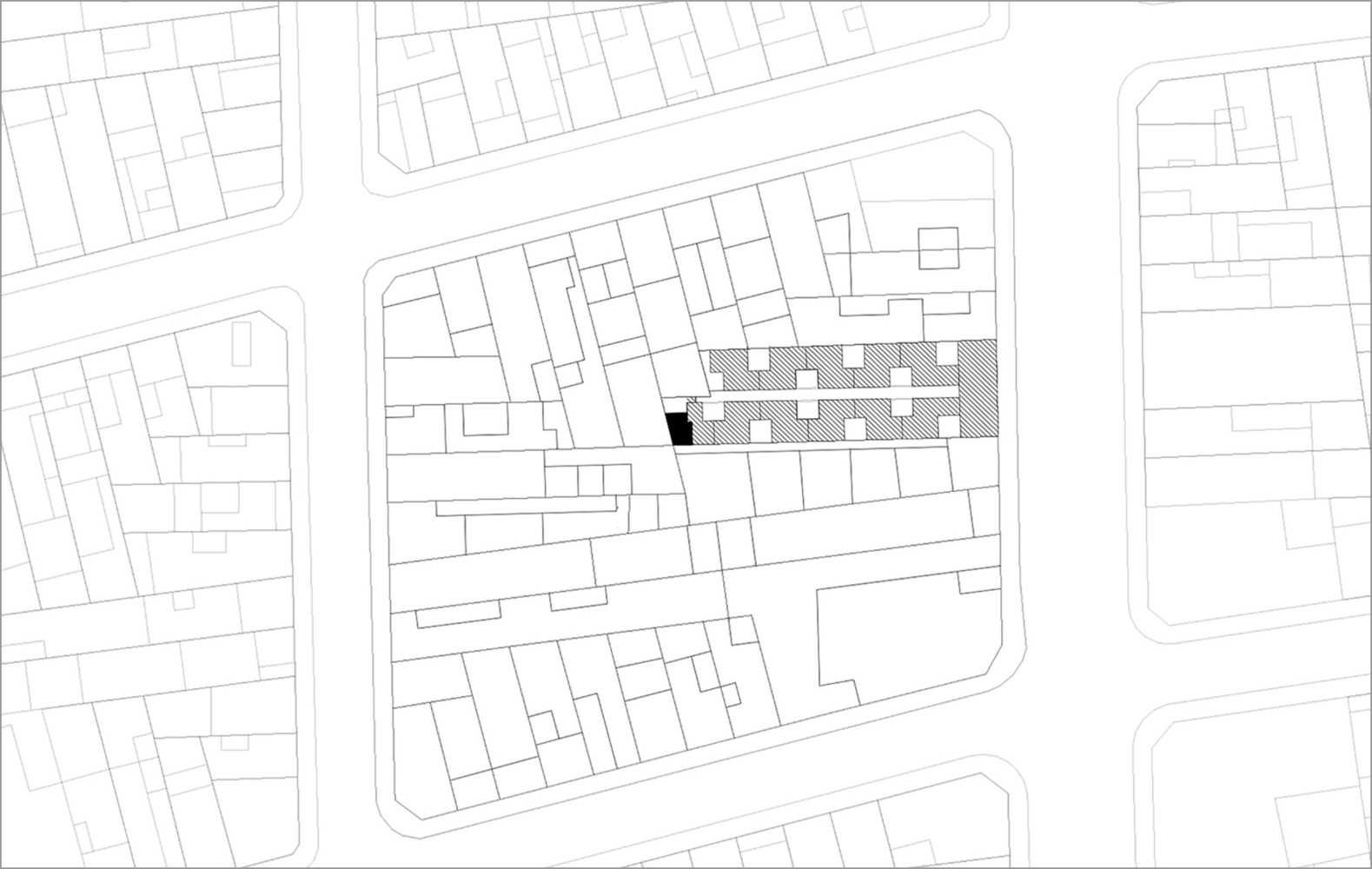 Although the proximity to other buildings, the lack of natural light and the small size of the subdivided lots are considerably complex factors to operate in, the possibility of being inserted in a context of this type can be presented as an opportunity to propose new ways of living that reinvent the centers of the urban blocks of Buenos Aires, generating housing with vertical developments that take advantage of the sound insulation provided by the distance from the streets and recover the relationship with the lungs, without losing notion of the consolidated architectural landscape where they are framed.

The project involves an intervention on an existing housing type PH, housing typology characteristic of Buenos Aires, inherited from the "casa chorizo" of the early twentieth century.

On the same lot, a series of private housing properties coexist side by side, arranged on the first floor and connected by a corridor. CASA SK is the first property in this series; the closest to the street.

The assignment was to adapt an 80m2 property of typical early 20th century Buenos Aires typology to contemporary needs.

Our work did not seek to enlarge the surface area but to clear and redefine the connections between the existing spaces; transforming the internal distribution, resulting in harmony between the common and private spaces of the house.

The patio had previously been roofed to make better use of the surface, but losing the possibility of expansions, light and good ventilation conditions.

The intervention consisted in first instance in giving back a patio to the unit, understanding it as the key condition of the PH housing typology.

The floor plan, with the living room and the kitchen, establishes a relationship between interior and exterior; demarcating the limits between the courtyard and the house to form a continuous and protected space.